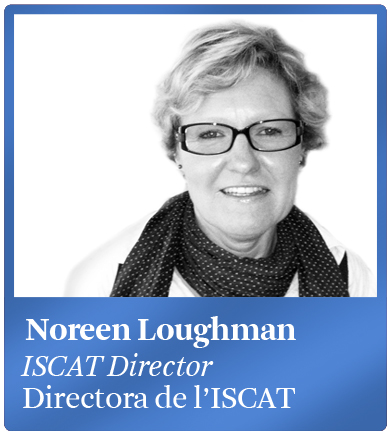 The digital age has changed more than how we learn. It’s changed what we need to learn. A paradox of our educational system is this: The expectations of universities define what schools, both Primary and Secondary, aim to teach.  It is our universities which define our understanding of what it is to be an educated man or woman. University campuses are still seen as the source of the newest thinking and of the generation of new ideas, the cutting edge, pointing us to where we’re headed.

But our world is changing very rapidly. Think of the growth of social networks in recent years, the almost universal acceptance of gay marriage, the rise of China and stem cell research. Most companies look nothing like they did 50 years ago. 25 years ago nobody carried a mobile phone and the concept of internet was unimaginable to most. Yet school education changes remarkably little over time. In many countries educational reform has become a highly politicized feature of debate, with educators and ultimately students at the mercy of political whims and ploys. For those seriously dedicated to educational research, and its application in the classroom, changing curriculum has been likened to moving a cemetery.

Despite the proof of an enormous body of research into children’s thinking and learning in the past 30 years, changes in the classroom have been slow to come about.  Maybe ‘inertia’ is the reason why the majority of classrooms nationwide still have children sitting in rows, rather than in groups, trying to learn about the world around them through text books, from which they answer questions at the end of each chapter, rather than design their own answers to their own questions using the wealth of information resources now at the disposal of every household.  Why are children still memorizing material which they don’t understand in order to pass a test and be given a number which supposedly proves that they do?

It is interesting to speculate: If the educational system is drastically altered to reflect the structure of society TODAY and what we now understand about how people learn. How will what we teach be different?

Move away from the content-driven programme

Education will be more about how to process and use information and less about imparting it. This is a consequence of both the proliferation of knowledge — and how much of it any student can truly absorb — and changes in technology. Before the printing press, scholars had to memorize “The Canterbury Tales” to have continuing access to them. This seems a bit ludicrous to us today. But in a world where an entire university library can be accessed on a mobile device with search procedures that are vastly better than any card catalogue, factual mastery – learning by rote, or memorization – will become less and less important.

Base your classroom practice on group work

An inevitable consequence of the knowledge explosion is that tasks will be carried out with far more collaboration. More significant, collaboration is a much greater part of what workers do, what businesses do and what governments do. Yet the great weight of work a student in our country does is done alone at every level in the educational system. Indeed, excessive collaboration with others is even viewed suspiciously and goes by the name of cheating!

For most people, school is the last time they will be evaluated on individual effort. One famous international investment bank has a hiring process in which a candidate must interview with upward of 60 senior members of the company before receiving an offer. What is the most important attribute they’re looking for? Not exam scores or whether they have a ‘Proficiency’ certificate, but the ability to work with others.

As greater value is placed on collaboration, surely it should be practiced more in all our classrooms.

New technologies have already profoundly altered the way knowledge is conveyed. Electronic readers allow material to be constantly revised, and to incorporate audio and visual effects. Think of a music text in which you can hear pieces of music as you read, or a history text in which you can see film clips about what you are reading.

Similarly, using in-class electronic boards, it makes sense for older students to watch footage of the clearest algebra teacher or the most lucid analyst of  World War II rather than having thousands of separate efforts from individual teachers. Teachers have more time for direct discussion with students — not to mention the cost savings — and material is better presented. In a study carried out in the United States in 2008 in Harvard University among first and second-year medical students, those who used accelerated video lectures reported being more focused and learning more material faster than when they attended lectures in person. The use of the electronic board in Primary classrooms is already showing similar results – children focus more quickly and stay in the ‘learning zone’ for longer when stimulated by material on the board.

Daniel Kahnemann, Nobel prize winner and author of “Thinking, Fast and Slow,” claims that we now understand the processes of human thought much better than we once did. We are not rational calculating machines but collections of modules, each programmed to be skilled at a particular set of tasks. Not everyone learns most effectively in the same way. And yet in the face of all this evidence, why are national school systems still relying almost entirely on passive learning?  Students listen to the instructor or they read and then are evaluated on the basis of their ability to demonstrate content mastery. Why, given the evidence, are they not being asked to actively use the knowledge they are acquiring?

Active learning classrooms, which cluster students at tables, with furniture that can be rearranged, and with integrated technology, help teachers interact with their students through the use of media and collaborative experiences. Still, with the capacity of modern information technology, there is much more that can be done to promote dynamic learning.

The world is much more open, and events abroad affect the lives of all of us more than ever before. This makes it essential that the educational experience breed cosmopolitanism — that students have international experiences, and classes in the social sciences draw on examples from around the world, underpinned by the principles of the basic rights of all people. It seems logical, too, that more in the way of language study be expected of students.

English’s emergence as the global language, along with the rapid progress in machine translation and the fragmentation of languages spoken around the world, make it clear that the substantial investment necessary to speak English fluently is more than universally worthwhile – it is essential, whether for doing business with Asia (the Chinese are mastering English far more quickly than we are mastering Chinese), or communicating at a field hospital in Africa.

Universities will place much more emphasis on the analysis of data. Of course, we’ll always learn from history. But the capacity for analysis beyond simple reflection has greatly increased.  Children need to be encouraged to think independently from the outset, form opinions and learn how to defend them – not have their active and enquiring minds paralysed by narrow worksheets and dull textbook rituals.

In an earlier era, when many people were involved, for example, in surveying land, it made sense to require that almost every graduating student know something of trigonometry. Today, a basic grounding in probability statistics and decision analysis makes far more sense.

A good rule of thumb for many things in life holds that things take longer to happen than you think they will, and then happen faster than you thought they could. Think, for example, of the widespread use of the e-book, or the coming home to roost of debt problems around the industrialized world. Here’s to the hope that the next quarter century will see more changes in education than the last three combined.

No feed found with the ID 1. Go to the All Feeds page and select an ID from an existing feed.